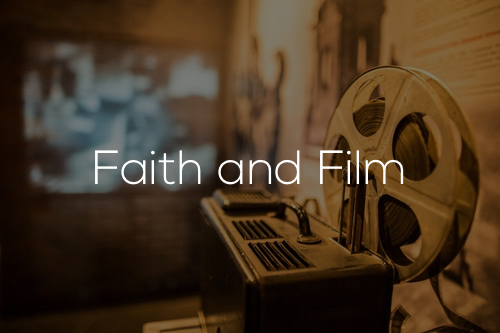 Recently I preached a sermon on Hebrews 5:11-6:3 in which I spoke about the need for us to seek wisdom in order to become discerning. I touched on how we might become more discerning in our consumption of media. Below is an article I wrote about watching movies in an engaged way. I hope you find it useful.

A fellow pastor recently told me about his need to unwind on a day off, and his activity of choice was to take in the movie Despicable Me, an animated film about a criminal mastermind and his band of minions, determined to recapture their former infamy by stealing the moon. As my friend laughed, recounting his favourite scenes from the flick, he said “It’s good to just get away from it all and have fun for a couple hours.” His comments are indicative of how attitudes in Mennonite Brethren circles towards movies have changed in a relatively short time. My father recalls that during his youth, the church community discouraged its members from going to theatres altogether because good christians avoided the frivolities of society. Today, when I talk to students in my church about what movies they watch, there are few reservations about what to watch and little post-film analysis. Most respond that movies are just for entertainment, a way to escape.  But I don’t believe that either of these two responses; a call to abstain altogether, or uncritically indulge are a proper posture when it comes to watching movies. We must learn how to view movies in a discerning and engaged way.

Movies are powerful, they are filled with images that captivate us, music that moves us, but at the heart of movies are stories that convey values and worldviews that we hold dear, as well as some we detest. If we avoid watching movies altogether or watch them never discerning or engaging the worldviews and values they express, then as Christ followers we will “suffer a decreasing capacity to interact redemptively with our culture” and that would be a serious blow to our task of making disciples. Movies have a way of incarnating ideals of the way life ought to be lived or avoided which when presented in sermon can be abstract, but when presented in a movie help bring the issues to life.

In his article, “Let’s Rent a Movie” Gordon Matties provides a helpful model to engage movies so that we can better understand the worldviews and messages they present.

His “four disciplined ways we can increase our pleasure and understanding of the movie-going experience” are:

Using his model, let’s take a look at how it can move us from being passive spectators to engaged participants capable of critically discerning movies.

Recall what we’ve seen and heard

Matties instructs viewers to recall scenes that stand out from the movie that are meaningful or powerful with one another. This is extremely helpful for formalizing thoughts about what one has just seen and experienced, as well as not overlooking important parts of the movie that others may have noticed. For example, in the movie Waking Ned Devine my wife noticed how the church was portrayed throughout the film, something I completely overlooked! In the movie, the community decides to split the winnings of a multimillion dollar lottery ticket belonging to a deceased member of their village, Ned Devine. However, they must all engage in fraud and convince the lottery representative that Michael is actually Ned in order to collect. Though the villagers wrestle with the implications of their actions, and several characters demonstrate a spiritual awareness through prayer and visions, only Morris, a child, seeks guidance from the town’s itinerant priest. When the priest, Patrick, asks Morris what Father Mulligan would think about the lottery business when he returns, Morris replies “If you can fill the collection box and mend the church roof, he'll be over the moon.” While presiding over the funeral Patrick condones the village’s actions by saying “in his passing Ned has left a little something for you all.” As the movie comes to a close, returning priest Father Mulligan’s van clips the telephone booth, removing the last remaining obstacle to the village succeeding in their plans, Lizzy Quinn, who was about to blow the whistle, sending her over the edge of the cliff in the booth. It’s hard to imagine how I missed the message of the church portrayed as irrelevant and complicit in fraud in this movie, but as a christian and pastor myself, it’s important to see how movies view us in order that we can redeem those unfortunate perceptions whether they are false or ring true.

Here we discuss the actual form of the movie, such as how does the music, cinematography and special effects add to the effectiveness of the movie? Who are the characters and how are they presented? Is there one plot or many? What is the genre of the film and does the film meet conventional expectations of the genre or does it break the mould? Paying attention to details can be difficult for those who’ve only watched movies as passive entertainment but doing so helps us to become aware of how these features shapes the movie’s impact on us and propagates the message the movie conveys. One of the details that helps shape the message of Waking Ned Devine is music. Uilleann Pipe music playing during scenic shots gives the viewer a sense that the village is a place of virtue, while Irish songs and poems along with a tin whistle dirge during the funeral procession endear the characters to the audience causing them to become sympathetic to viewers despite the fact the entire village is involved in fraud of epic proportions. The movie’s plot revolves around lying and stealing, and yet its details such as the music or how the characters are presented that moves us to feeling satisfied in the end when they get away with it. Often details in movies get lost but it’s how all these details work together that tell the entire story.

Talk about the experience of watching the movie

When we talk about experiencing the movie, we are reflecting how the movie caused us to feel or react, whether it made us cheer or cry, cringe or laugh out loud. Matties says that learning to name our emotional response helps us understand the movie’s power to portray a worldview and to shape our imaginations. In the movie The Visitor, Walter, a widowed university professor, finds an immigrant couple, Tarek and Zainab, living in his city apartment. They build an unlikely friendship through Walter’s sympathy for the couple’s situation and Tarek’s offer to teach Walter to play the drum. When Tarek gets unfairly arrested and discovered as an illegal immigrant, Walter becomes an advocate for the couple and Tarek’s mother, and his life is given profound new meaning through these friendships. While watching The Visitor I was touched by the profound friendship forged between Walter and Tarek, and when Tarek was arrested, detained and deported, I felt anger towards government institutions and immigration policies. There’s no doubt these feelings are what the movie producers hope to elicit, and help convey the intended messages.

Finally, reflect on the worldview presented in the movie:

Movies portray values and worldviews, and they invite us to accept or reject them as we compare or contrast them to our own. Movies can be so powerful at conveying worldviews that they may modify our perspective and we may not even be aware of it. That’s why Matties encourages reflection on how movies tell truths or deceptions, and what sort of worldview movies try to convince us to adopt. In Finding Forrester, Jamal, an African-American teenaged writing prodigy living in the Bronx befriends reclusive author, William Forrester. As the movie unfolds, it presents a relationship which is mutually beneficial for both men despite the differences in age, race and socioeconomic class. The worldview presented here is that regardless of position, people of all classes have something to offer those in any other stratum. This is not only an admirable idea, but a profound biblical truth that this movie portrays with a sense of realism as they struggle to work out their differences, and joy as they come to a fuller understanding of one another and themselves because of their relationship. Imagine how this worldview would impact our church congregations if we lived out the reciprocity presented in Finding Forrester. Perhaps our congregations might not be as homogeneous, and our church boards and conference leadership would begin to look more like the multitude the apostle John saw in Revelation 7, representing every tribe, nation and tongue.

Story is an important aspect of our faith; understanding story is an essential part of that. When Jesus was on earth he taught using parables and encouraged his listeners to dig for the deeper meaning. As we watch movies may we be willing to dig also, that we may have eyes to see and ears to hear all that films impart to us.

Jun 26
The Role of Service in Spiritual Formation